Casinos are bad for the community, bad for crime, bad for addiction, bad for local businesses, and bad for the economy.
Are you new to this site and want to read more details about how we convinced city council to just say NO to a South Surrey Casino?

We successfully proved to Surrey City Council in 2013 that South Surrey does not want a Casino, and that it is bad for the economy and it is bad for Surrey. When you look at the big picture, Casinos increase crime, never deliver on the promises of prosperity for a city, and end up costing tax payers three times more money than they bring in.

Our detailed analysis and report to Surrey City Council, complete with peer-reviewed data, is available by clicking here for a brief introduction and a link to the report. You can also get the complete report in PDF format here.
https://nocasinosurrey.files.wordpress.com/2013/01/nocasinosurrey-submission-v1-5.pdf

Click here for a brief overview of the report: 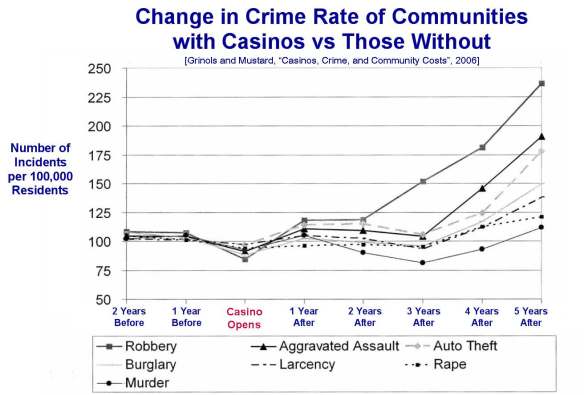 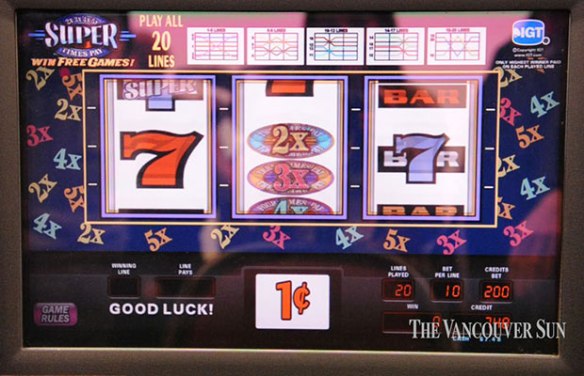 If it’s true that gambling addictions are declining in B.C., that’s good news. Perhaps all the recent publicity about the harms of gambling has helped. However, a survey taken by the same government ministry (Finance) that conducts commercial gambling in the province (BCLC) sniffs of a conflict of interest.

Furthermore, a survey taken by telephone and internet selects out those who are not on landline phone or internet service, two populations at greater risk for gambling problems, youth and low income people.

Are we supposed to cheer because the “wealthy” are the biggest gamblers? They can afford it, while 18.9% of low income people are considered at risk of addiction.

Are we supposed to cheer because the ministry plans “programs aimed at preventing problem gambling among young people”? Programs such as “Game Sense” and “Responsible Gambling” which have been allowed in our schools basically tell students that gambling is OK, socially acceptable. Such programs are really aimed at creating a future pool of gamblers.

No Cheers for the survey’s finding that the number of youth with gambling problems is up and that 18.4% are considered at risk for problem gambling.

Sorry folks, no lipstick for this pig!
Susan L. of White Rock

Some hard data from independent researchers:
Gambling causes Gambling Addiction if 30% of seniors who regularly play slots at Casinos. Read the details in our Submission to City Council here: NoCasinoSurrey Submission v1.5. Gambling also causes an increase in crime that has been documented by university researchers after tracking the impact of Casinos on Crime in hundreds of communities over 20 years. See the graph below.

We showed similar data in our report to the Surrey City Council back in January 2013 when they decided to just say NO to a South Surrey Casino. Our data was based on University Studies and BC Lottery Corporation’s (BCLC) own reports.

With the Surrey Slots being removed, and the South Surrey Casino long dead, it looks like our work is complete!

NoCasinoSurrey would like to thank all residents of Surrey and beyond who have helped us over the past two years to put a stop to increased gambling in Surrey and make our community safer. NoCasinoSurrey is made up of dozens of individuals and thousands of supporters, many of whom have spent hundreds of hours of volunteer time to fight expansion of Casino Gambling here in Surrey.

Special thanks to Terry McNeice who founded our organization and worked tirelessly on this project and many others to give our children a better tomorrow. Individual’s DO make a difference!

We also thank the Newton Community Association and the leaders of that organization for all their hard work to make Newton safer. Great victory for you and your community! Thanks!
https://www.facebook.com/newtoncommunity

VancouverNotVegas has also been a huge help in fighting the spread of Casinos in the Lower Mainland. Please support them as well. Thanks.
http://www.vancouvernotvegas.ca

For now, it seems like our work here in Surrey is complete. We will watch for new Casino proposals and keep you informed. Please consider supporting the groups above who have also helped to make your community safer for all.

Thanks so much for your support!
Together, we CAN make a difference! 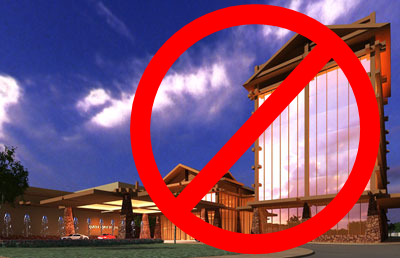 Surrey wins a second Jackpot as BCLC agrees to remove Slots from Newton!

Many thanks to Mayor Dianne Watts and City Council for listening to the concerns of Newton and Surrey Residents!
NoCasinoSurrey is also grateful to the members of the Newton Community Association who applied pressure to get rid of these slots and make Newton as safer place for residents.

Together, we CAN make a difference!

Read the story in the Now Newspaper by clicking on the picture below.

Hot off the presses from yesterday’s Surrey City Council meeting…

Surrey City Council has passed a motion asking the BC Lottery Corporation to remove the slot machines from the Newton Gaming Hall.
Councillor Barinder Rasode says the Newton Community Association has been relentless in its efforts to get rid of the slots.

She says, “Mayor Watts asked that City staff approach the BCLC to have the slot machines removed as they have not met their fulfillment of the redevelopment of the site that was to be the equivalent of a $20-million development.”

Two years ago Council approved the slot machines by a narrow, 5-4 vote.

Rasode says those slots should never have gone into such a vulnerable community.
Read the details in the Surrey North Delta Leader in this story by Kevin Diakiw. Also see the CKNW news item here 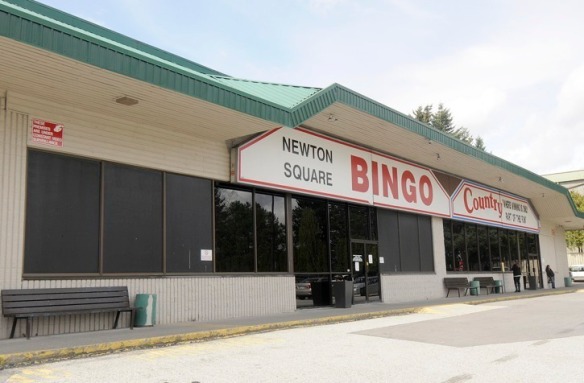 Vancouver Not Vegas Calls on Province to Block Graydon Appointment

Vancouver Not Vegas calls for the Gaming Policy and Enforcement Branch (GPEB) to refuse to recognize Michael Graydon as a qualified officer of the newly formed PV Hospitality ULC, due to the public perception that Mr. Graydon may have violated the Conflict of Interest Guidelines of the BC Lottery Corporation, and due to his possession of sensitive confidential information pertaining to Paragon’s competitors.

Further, Vancouver Not Vegas calls for the City of Vancouver to attach a restrictive covenant to the property’s Development Permit, permanently limiting the number of slots and gaming tables on the new Edgewater Casino site.

Finally, VNV calls for the BC Lottery Corporation to publicly disclose all financial projections and public subsidies associated with the proposed Edgewater Casino expansion at BC Place.

“Public trust and confidence in the integrity of the BC Lottery Corporation is at stake,” says VNV member Ian Pitfield. “The corporation’s own Conflict of Interest Guidelines enjoin management from conduct which raises the perception of conflict. These rules are meaningless if there are no post-employment consequences for violations.”

“The City must respond to Mr. Graydon’s actions. Paragon is building a casino that’s oversized by some 40,000 square feet, and the BCLC governs the number of slots and table licenses that will go there.” says VNV spokesperson Sandy Garossino. “Mr. Graydon’s defection raises grave concerns about his neutrality while at BCLC, and what promises may have been made to Paragon.”

According to previous financial projections associated with an expanded Edgewater Casino, the BC Lottery Corporation was scheduled to transfer $16.9 million annually to Paragon Gaming to off-set construction costs. PavCo has re-negotiated a 50% lease reduction to $3 million annually. No projections of increased revenues (net of revenue losses to other local casinos) to the BCLC have been made public.

The Newton Community Association is hosting a public forum on community safety this Saturday, February 15th from 2:00-4:00pm at the Newton Recreation Centre gym, 13730 72nd Avenue

The forum is in response to the overwhelming interest and concerns of Newton residents following the first public meeting of the Newton Community Association, a Neighbourhood Public safety forum is being held to facilitate dialogue between residents and public officials.

Newton residents are encouraged to attend to discuss their concerns and will have a chance to speak at an open microphone to address local politicians, stakeholders and RCMP. We have several questions for our local politicians regarding Crime and how the Newton Slots is helping to make things worse.

Our questions regarding community safety include:

Surrey604.com who has volunteered to livestream the Forum for those who cannot make it. Visit Surrey604.com to view the live video stream at the time of the event

We dodged a bullet in South Surrey when we avoided the proposed South Surrey Casino and all it’s associated crime, but Newton was not so lucky. A once beautiful neighbourhood, has been neglected by city officials and has become a dangerous place for residents and visitors alike.

In light of this week’s horrific and unprovoked attack of Hockey Mom Julie Paskall, we need some answers from Mayor Watts on the ongoing neglect of Newton, the heart of Surrey.

The Newton Community Association is holding their monthly meeting this Monday Jan 6th at the Newton Seniors Centre at 7pm. Surrey residents are welcome to attend. We don’t have all the answers, but now is the time for action and solutions. Let’s get to work. First for Julie Paskall and her grieving family, and then for everyone who calls Surrey home. Click here for details.

Gambling can be a terrible addiction, made worse by government’s addiction to money while turning a blind eye to the harm Casinos create.

But while the discussion about casinos usually focuses on where to put them, and how to divide up the spoils, too little attention is paid to the huge issue they represent for governments and fairness.

As one participant in a conference on gambling observed a few years ago, “the Canadian government gambling model focuses on revenue generation and glosses over harm.” If you’ve ever sat in a bar watching punters feed loonies into video lottery terminals, you’ll know that a lot of gambling has nothing to do with the Hollywood image of tuxedoed high rollers betting vast sums on a roll of the dice.

Much of it is cheap and sordid, vulnerable people enticed to throw away the rent money in the eternal quest for the Big Score.

Knowing that the industry preys on human weakness, governments sensibly used to make it hard to gamble. Casinos were only available in distant places like Reno and Las Vegas, or restricted to private clubs to ensure that low-budget punters didn’t get in to squander that week’s pay.

Because they didn’t depend on them for revenue, governments could be the disinterested regulators that potentially dangerous activities require.

Then they discovered what the Mob has known all along – that gambling generates huge amounts of cash for those who own or control casinos. After that the jig was up.

Governments’ insatiable search for money, born of an inability to control their own spending, unleashed a wave of state-promoted gambling dens to relieve the credulous of their cash. 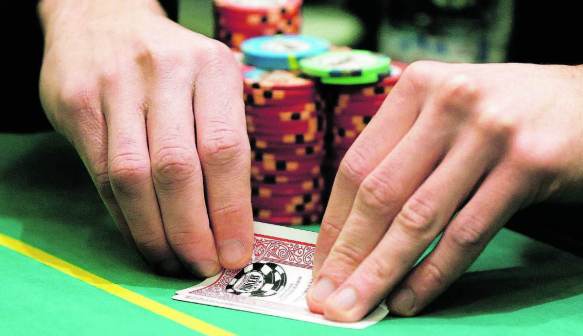 Knowing that the industry preys on human weakness, governments sensibly used to make it hard to gamble. Casinos were only available in places like Reno and Las Vegas. But then governments discovered what the Mob has known all along, and shifted the discussion to all the benefits that could be created by getting their hands on casino cash cows.

Gaming Licence Review at City Hall, Part 2January 18th, 2013
This was the day when Surrey City Hall denied a Gaming License to Gateway Casino for their South Surrey location. Thank-you to Dianne Watts and the City Council for listening to the concerns of Surrey Residents!